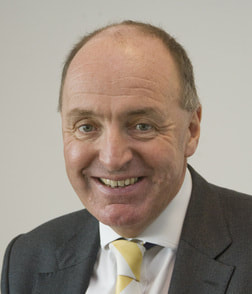 November 2006
We are delighted to announce that Elliott Baxter will be extending its Sales and Delivery Area into the North of England from March 2007.

The Company, formed in 1922, has historically traded in the South East of England but has in recent years increased its Branch network to include the South West and Birmingham.

Next year the 10th Branch of the Company will open in Manchester under the management of Dave Tennent, the former MD of the Northern operations of 'The Paper Company.' Dave, who will initially be based from our Birmingham branch, brings a wealth of industry know-how to EBB and we welcome him, together with 4 experienced colleagues Andrew Whitworth, David Murphy, Mark Swarbrick and Stuart Dooley into the EBB team.

The emphasis from our new team will remain identical to our core strength which is to establish ourselves as Number 1 for Customer Service in the area. The Company holds massive stocks of best-selling paper grades, many of which will already be known to our potential new customers.

This is an exciting move for Elliott Baxter as we reinforce our position as the UK's leading Independent Paper Supplier.